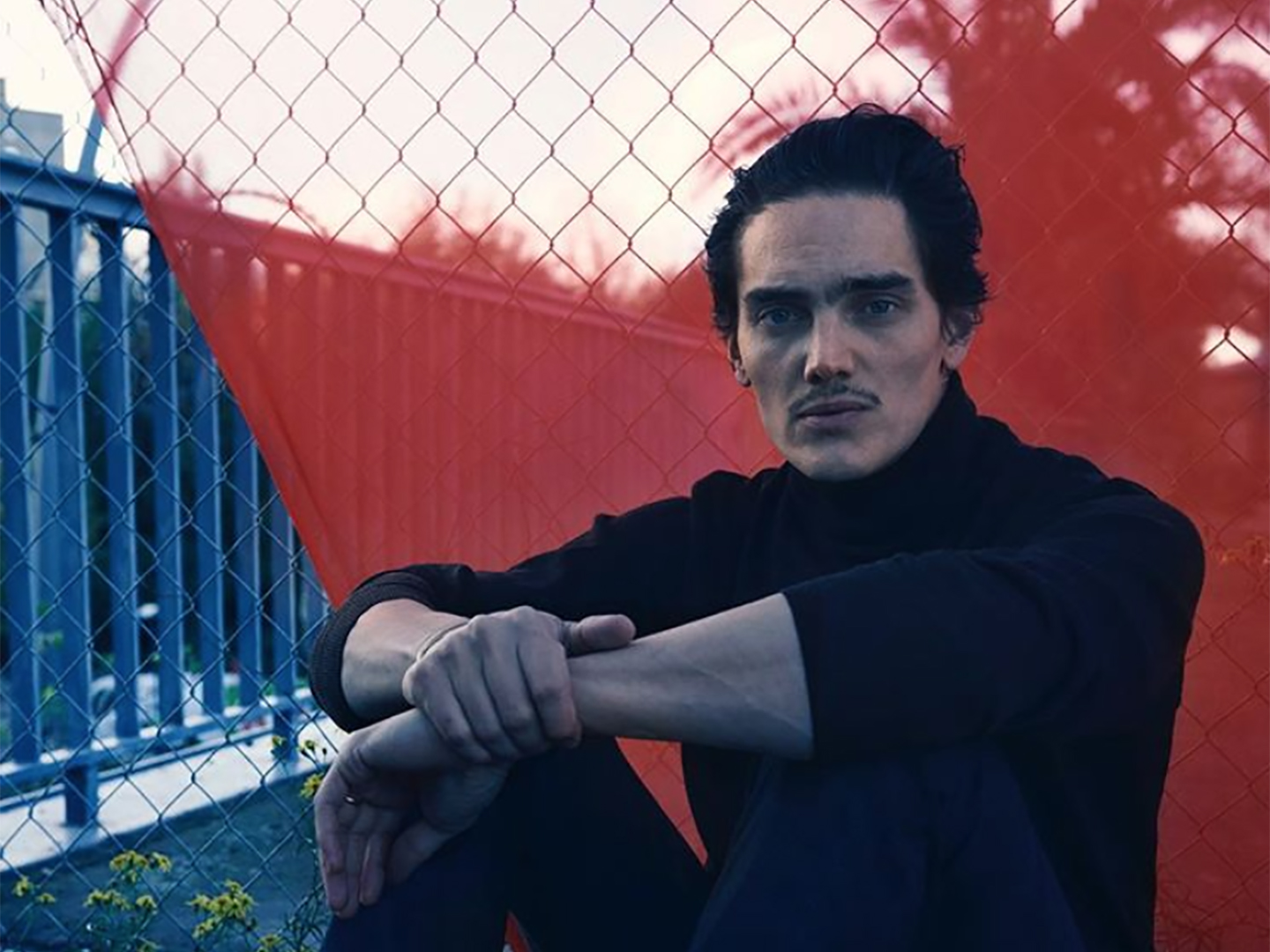 If you’re familiar with the music Bobby Oroza makes, then you probably know about his love-song balladry. Or maybe you’re into the boom-bap musicianship backing him, or even still, just the general positive vibe the soulful texture of his songs leave you with after a listen.

And while this is accurate, it can only be the surface. A few layers deeper, and you’ll glimpse a Bobby that tilts heavily toward poet and seeker—maybe better understood as an artist propelled by an inexplicable desire for meaning and pushed by a worldview that seeks the common thread in all things.

Call it an evolution, call it an outpouring—but Bobby has put this desire for the profound on wax. It’s called Get On The Otherside, and it’s his latest full-length album on Big Crown Records.

Musically, Get On The Otherside has updated the formula we were introduced to on the first record. But lyrically, songs are bravely rooted in the more complicated, ubiquitous inner tangles of life: self-examination, coming to terms with oneself and the world, and how much power you can wield in your own life.

It can be hard to describe Bobby’s drive for these universal aspects of the human condition that are both widely shared and intimate. These elements have influenced, shaped, and formed Bobby Oroza forward from the start. Raised in the immigrant-populated Eastern Center section of Helsinki, Finland, Bobby was born to a Bolivian mother and Finnish father. His family, his neighborhood, and the music that coursed through it all was his cosmos.

The family record collection was a major backdrop, ranging from South American folk to Motown hits to Doo-wop crooners. His mother—a Bolivian poet and tango singer—studied and taught music in Finland and was responsible for one-half of that eclectic record collection. As a Finnish jazz guitarist and musician, his father’s albums had labels like Blue Note and Prestige on them. Bobby even remembers his father coming home from a trip through Africa, and suddenly Ethiopian and West African records had representation on the shelves. His father organized jam sessions and gatherings of local jazz musicians that unquestionably added to Bobby’s musical chops. After the first session, Bobby “really got into guitar,” learning Django Reinhardt and jazz. That, of course, pushed him next into electric guitar. Then, he dove into playing acoustic for refinement, discovering Flamenco and Brazilian styles. And all of it made Bobby a maverick of a guitar player.

In 2016, Bobby submitted a demo to Cold Diamond & Mink, the house band and label managers for the funk imprint Timmion Records, located in Helsinki. That demo titled “Breaktru”- which was Bobby on a laptop mic, using a sampler and a broken Rhodes as his backing accompaniment quickly piqued interest. Before long, they all were in the studio producing a song together. And it ended up being called, This Love. The strength of that tune led Brooklyn’s own Big Crown Records to invite Bobby into the fold. In 2018, the “This Love” single was re-released on Big Crown. A year later, Bobby’s debut full length dropped.

But talent can be tested with strife, and no struggle was more significant than the years that followed 2020. With Coronavirus bringing the world to a halt, Bobby—now a father and husband—had to do something. With no tours to play or studio time to fill, Bobby found himself back in the construction yard, doing blue-collar work to provide for his family. “I was super grateful for the work—a lot of my colleagues didn’t have an option like that,” Bobby admits.

Like many of us, Bobby had to face more than a few personal hardships through this time which forced him to acknowledge and work through some brutal truths. And what came of it? Well, for one, this new record. Being called Get On The Otherside, it pretty well describes what Bobby’s been through: He had to demolish his ego and his old thinking and tried approaches to anchor into a refreshed perspective with new understandings.

As Bobby tells it, “I had to do some real self-searching, come to terms with what was wrong, and how much I was responsible for.” So how does this translate to the new album? There are not only love songs—like the first single, “I Got Love,” with its dreamy guitar, jaunty flute fills, weighty drums, and then the overall love-should-satisfy-all vibe—but songs about living and love.

This approach may be best evidenced by the album’s namesake song, “The Otherside.” Again, the music has that soulful texture, the wonderful push-and-pull of Bobby’s voice and guitar with Cold Diamond and Mink’s full-feeling drums and bouncing basslines. Even with a loose listen, you’ll hear that it’s a song about how life and love change. It’s like a life philosophy given to us in an easier pill to swallow: Bobby tells us that sometimes we’re responsible for our own limitations and unknowingly bolster them. We have to come to terms with ourselves to grow and move beyond these self-constraints—to get to the other side of them.

As we’d expect, the songwriting still has that raw, direct edge to it. But an evolution has taken place. There are new points of view on familiar territory which in Bobby’s words “For me to love, I needed to take a bigger view of love. One with less ego and more empathy” really hold true. The result is a record with Bobby’s new found humility on full display and a message of encouragement to anyone who is struggling and can’t see a way out.

It still may be hard to nail down and define Bobby and his sound. He’s no one thing more than the other. But what he’s showing us now, on Get On The Otherside, is that we can also label him a soulful, philosophical optimist. Someone who can say a lot with a little, and who wants us all to know that it’s us that has to do the hard lifting to truly live a life in love—both with the world and with yourself.