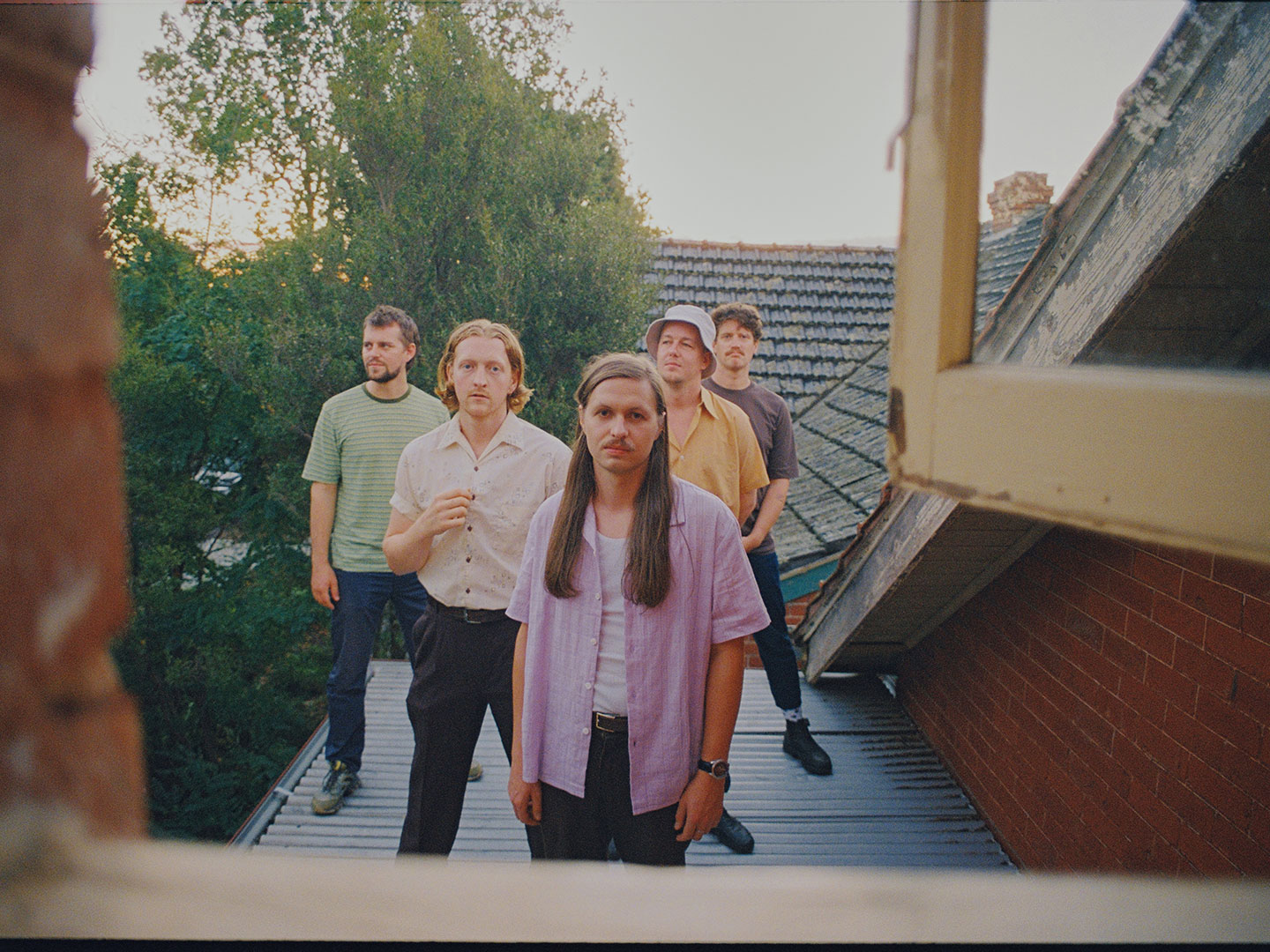 Surprise Chef’s music is based on evoking mood; their vivid arrangements utilize time and space to build soundscapes that invite the listener into their world. The quintet’s distinct sound pulls from 70s film scores, the funkier side of jazz, and the samples that form the foundation of hip hop. They push the boundaries of instrumental soul and funk with their own approach honed by countless hours in the studio, studying the masters, and perhaps most importantly, the ‘tyranny of distance’ that dictates a unique perspective to their music.

Hailing from just outside of Melbourne, Australia their first two albums, All News Is Good News and Daylight Savings amassed a die-hard fanbase and brought their sound from their home studio to every corner of the globe. The band is now signed to Big Crown Records, joining a lineage of contemporary and classic sounds that have influenced Surprise Chef’s music since their formation in 2017.

Surprise Chef is Lachlan Stuckey on guitar, Jethro Curtin on keys, Carl Lindeberg on bass, Andrew Congues on drums, and Hudson Whitlock—the latest member who does it all from percussion to composing to producing. Their self proclaimed “moody shades of instrumental jazz-funk” have a bit of everything: punchy drums, infectious keys, rhythm guitar you might hear on a Studio One record, and flute lines that could be from a Blue Note session. But when you step back and take in the entirety of their sound and approach, you’ll hear and see a group greater than the sum of its parts.

In many ways Surprise Chef embodies the idiom “the benefits of limits.” They were limited in that there weren’t many people making or talking about instrumental jazz/soul/funk in Southeast Australia, let alone putting out records. This left them to develop their sound and approach in a kind of creative isolation where a small circle of friends and like-minded musicians fed off each other. “Being in Australia, being so far away, we only get glimpses and glances of this music’s origins,” Stuckey says. “But hearing a label like Big Crown was one of the first times we realized you could make fresh, new soul music that wasn’t super retro or just nostalgic.”

This approach is on full display throughout their new album Education & Recreation. Tracks like “Velodrome” pair chunky drums with an earworm synth line that has all the making of something you would find on an Ultimate Breaks & Beats compilation while numbers like “Iconoclasts” show their knack for tasteful use of space. From the crushing intro of “Suburban Breeze” to the floaty mellow bop of “Spring’s Theme” Surprise Chef has weaved together an album that takes you through peaks and valleys of emotion and provides a vivid soundtrack that will pull you deeper into your imagination. There is a beauty in the vast space for interpretation of instrumental music and they are adding a modern classic to the canon with this new album. Turn on the record and enjoy the ride, wherever it may take you.