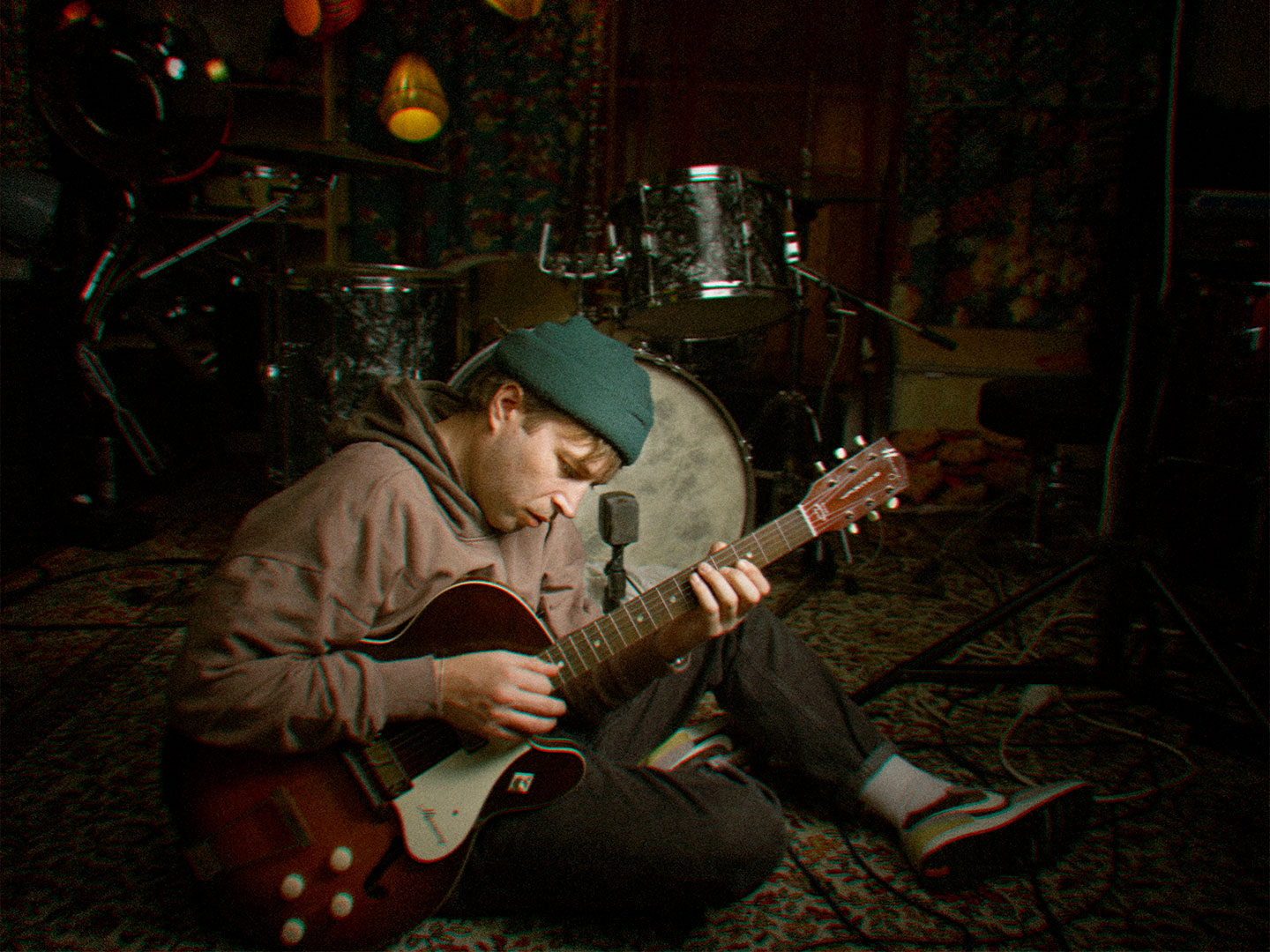 The stirring and ethereal sounds of Les Imprimés are the latest addition to the Big Crown family, and you likely haven’t heard of them. More correctly, you haven’t heard of Morten Martens, the man behind the band. Born, raised, and working in Kristiansand, Norway, Morten keeps a low profile while making his heartfelt, highly infectious, and unique music. With his debut 7” single out now and his first and long-held-back solo record due in 2023, the world will soon be familiar with Les Imprimés.

The first thing you notice listening to Les Imprimés is the high level of musicianship. Martens plays nearly every instrument on the recordings and handles the production and arranging. He has been producing and making music for decades. His 2006 Spellemann award for producing a Hip Hop album (aka, the Norwegian Grammy) as well as three other nominations across multiple genres speak volumes to his talent. As Morten tells it, music has been the constant in his life: “There was always music in my house growing up. My parents played music as a hobby, and I always had a collection of weird instruments to play with.” He remembers his parents’ record collection being mostly 60s soft rock and easy listening. But the few soul and gospel records they had in the house hit him the hardest.

By the mid and late-90s, Morten had begun playing and taking guitar seriously and found himself fully immersed in hip-hop and neo-soul. He was drawn to the organic musicality of the whole scene—from J Dilla’s productions, to D’Angelo’s songwriting, to Erykah Badu’s distinct and fluctuating take on R&B. Before long he found himself with a “shitty sampler” making beats for local rappers and musicians alike.

By default this path led him to start collecting records. Morten again found himself drawn to soul, gospel, and reggae LPs. At first, he was looking to sample them but they wound up influencing and inspiring his original recordings. At this point, he was touring Europe, playing guitar, bass, and keys in multiple bands. He found a gospel group to play with and tried his hand at some soul covers, but there wasn’t much of a soul scene in Norway in the early 2000s. So naturally, Morten began doing more studio work, slowly collecting gear and getting more experience behind the boards tracking for other bands and musicians. Before long, he had his own studio on the island of Odderøya and was making a living playing for and recording other band’s music. As the story goes, after those sessions would end he would work on his own music into the wee hours of the night. From these late night sessions, Les Imprimés was born and his solo record began to take shape.

However, “it wasn’t until COVID, when things locked down, that I was really able to find the time to focus on Les Imprimés” Morten says about creating and leading his own solo project. “It was a scary time. But I knew I had to do something with it.” He took the sum of his influences, combined them with his own vibe and got busy writing the music, playing the instruments, and singing the songs. “It’s soul music, but I don’t exactly have the soul voice,” Morten explains humbly. “But I do it my own way, in a way that’s mine.”

It is his sound, his fingerprint, his sensibility, that makes his music hard to categorize. Pulling tones from 60s and 70s Soul, arrangement nods from Doo Wop records, drum energy from Hip Hop, and vocal stylings from the 90s. But, it is Martens’ lyrics, emotion, and delivery that truly make the whole thing come together and stand out from any of his peers. There’s an infectiousness and a pop sensibility in the writing that is done with the utmost class and taste giving Les Imprimés the rare quality of immediate attraction that only deepens as you listen more.