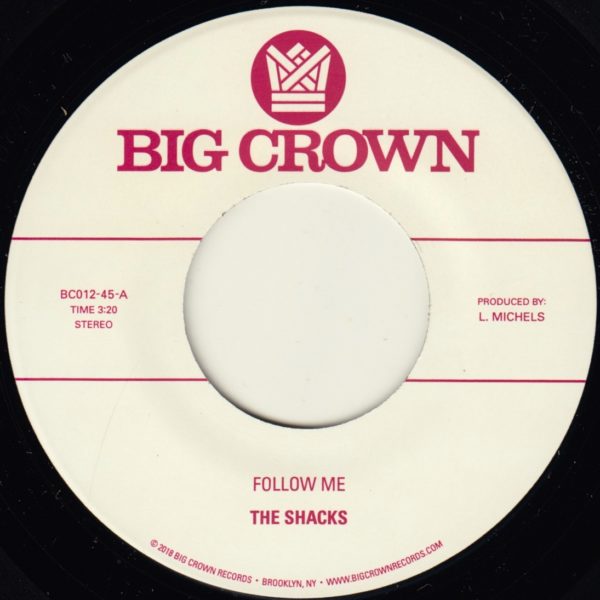 Since the release of their self titled EP in 2016 The Shacks have been collecting fans that are fast becoming as hypnotized as we’ve been since first hearing Shannon’s ethereal voice on top of “Strange Boy”. Highlights of the year have been opening tours for Chicano Batman, and Khruangbin, as well as “This Strange Effect” becoming world famous via the Apple iPhone 8 ad campaign.

The A side, “Follow Me”, with “black mirror” esque lyrics over a hypnotic mid tempo groove, Follow Me leaves you feeling joyful, calmed, and queasy, all at the same time.

The B side “Texas” is an another song from their upcoming album. Recorded in Max Shrager’s home studio in Princeton and then finished with Leon Michels at the Diamond Mine in Queens.  Texas is a perfect representation of The Shacks signature sound with Shannon’s voice balancing out the gritty yet smooth production.