The Shacks “Haze Instrumentals” Available For Purchase In The Webstore Now 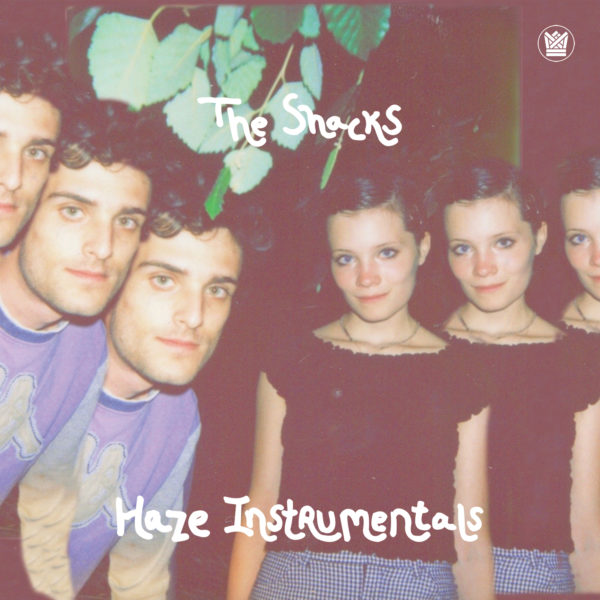 The instrumental version of the album “Haze” by The Shacks

Fronted by 19-year-old singer/bassist Shannon Wise and 21-year-old guitarist/producer Max Shrager, The Shacks are already well on their way to becoming one of the year’s big breakouts, and their remarkable debut album, ‘Haze,’ solidifies their status as a band with ability to deliver on the well-deserved buzz.

When Max and Shannon met in high school, a bond was created that has permeated their music since the Shacks first incarnation four years ago. That chemistry lies at the heart of ‘Haze,’ a record so hypnotic and seductive that it feels more like a whispered late-night secret than a young band’s debut. Produced together by Shrager and Big Crown co-founder Leon Michels (who’s played with Bradley, Sharon Jones, and Fields in addition to working with The Arcs, Lana Del Rey, and countless others), the album was recorded in bits and pieces between Shrager’s basement and Michels’ Diamond Mine studio, which the Observer dubbed “the Shangri La of Soul.”

‘Haze’ opens with the title track, which is, appropriately enough, the first song Shrager and Wise ever wrote together. It’s a spare, smoky tune that shimmers and sparkles as it shifts in and out of focus, and it’s an ideal gateway into the immersive world of The Shacks. On the breezy “Follow Me,” they channel the infectious charm of a 60’s girl group, while the soulful “My Name Is” grooves its way through a mesmerizing take on 70’s funk. Much like a dream, the songs often merge the familiar and the unfamiliar, constructing their own psychedelic reality full of beauty and yearning, all fueled by Wise’s breathy vocals and the unmistakable electricity of a wildly creative band truly inhabiting their music. “Birds” makes brilliant use of Daptone drum hero Homer Steinwess’s impeccable feel behind the kit, while the 50’s ballad-meets-baroque pop of “Cryin’” tips its cap to Roy Orbison and John Lennon as Shrager takes over lead vocals, and the soulful shuffle of “Texas” belies a dark and violent undercurrent ripped from the headlines. Through it all permeates an unshakable sense that this is a group performing just for you. “Nobody” finds the Shacks re-interpreting Phil Spector’s Wagnerian approach to rock & roll, complete with sweeping strings and darkly innocent lyrics. The 13 songs featured on Haze plays out like the soundtrack to some long lost 16mm film, beckoning you into their grainy, saturated world of analog beauty.

In the short time that they’ve been together, The Shacks have already made an impressive mark. Their hypnotic cover of Ray Davies’ “This Strange Effect” soundtracked a global iPhone commercial, one which actually stars Wise herself, and their self-titled EP earned the band dates with St. Paul & The Broken Bones, Chicano Batman, and their Big Crown Records labelmates Lee Fields & The Expressions.