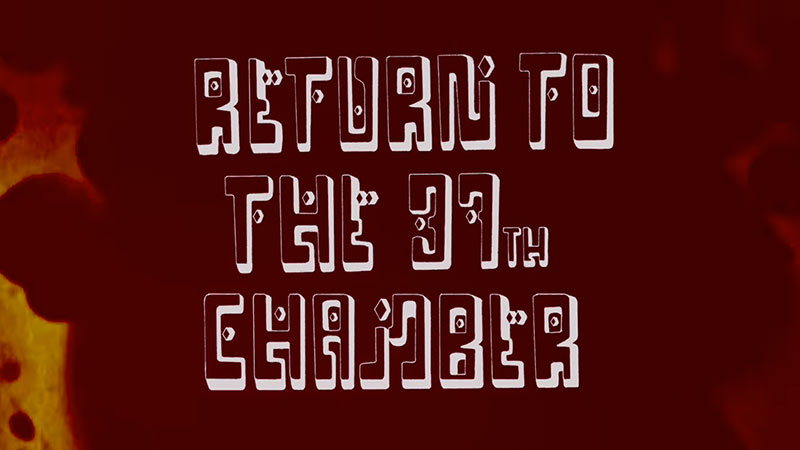 The wait is over, Return To The 37th Chamber is El Michels Affair’s highly anticipated follow up to 2009’s underground cult classic Enter the 37th Chamber. Churning out classic records since then for the likes of Lee Fields, The Arcs, The Shacks, and tons more, it is clear that EMA’s signature sound is stronger & sharper than ever.

This time, in addition to re-interpreting the Wu compositions for a live band, EMA pays homage to the production and sonic fog that makes a RZA beat so recognizable. Producer and bandleader Leon Michels recorded the album completely analog, sometimes hitting 6 generations of tape before it was ready for mixing, giving the Return to The 37th Chamber it’s own hazy sound. Adding to the unique fidelity, the record is laced with psychedelic flourishes, “John Carpenter” synths, heavy metal guitars, triumphant horns, and traditional Chinese instruments that make up for the lack of the Wu’s superlative vocals. From start to finish it’s a dark trip that walks the line between RZA’s timeless hip-hop aesthetic and the cinematic soul EMA has become known for.

El Michels Affair tackles some classics like 4th Chamber and Wu Tang Aint Nuthin to Fuck Wit, as well as some deeper cuts like Ol Dirty Bastard’s Snakes, Raekwon’s Verbal Intercourse, and Shaolin Brew, Wu-Tang’s contribution to the St. Ide’s Hip Hop endorsement campaign from 1994. This time El Michels brings some of the Big Crown family along for the ride. Lee Fields handles vocal duties on Snakes and is joined by Shannon Wise of The Shacks for their version of Tearz, which pays as much homage to the Wendy Rene sample as it does to the Wu-Tang Clan. Lady Wray makes an appearance on the cover of Method Man’s hit, All I Need, lending her vocal prowess to what gave the Wu one of their biggest hits of all time. Interspersed throughout the record are some original interludes that are like the “rug that ties the room together,” giving Return To The 37th Chamber a cinematic narrative that makes it a proper El Michels Affair record and not just a collection of covers.

The vinyl version of Return To The 37th Chamber is presented with 4 different hand painted covers. The originals were painted on two sewn together flour sacks in Accra, Ghana by Heavy J and Stoger, two artists who are legends in the Ghanaian Mobile Cinema scene and regular contributors to the Deadly Prey Gallery’s collection in Chicago.

From the music to the presentation, this album is a perfect example of what can only be achieved through diversity. The end result is as much a kaleidoscope of influences and multiculturalism as the city it was recorded in. El Michels Affair is once again, “sounding out the city” that raised them, pulling elements of art and culture from across the country and around the globe to create an album truly unique in it’s own right.