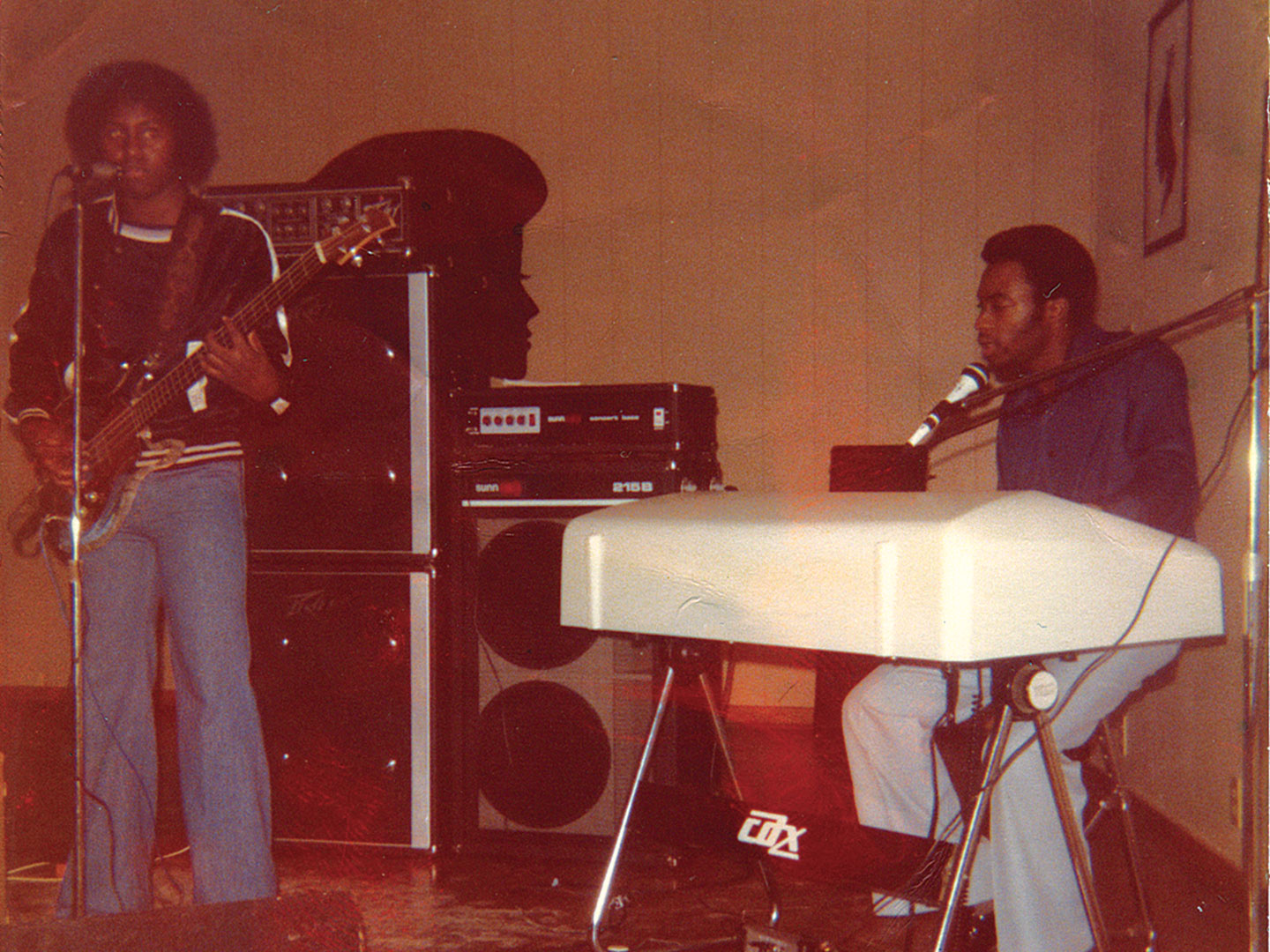 Kool & Together were an obscure R&B act from Victoria, Texas who earned a cult following years after their breakup for their tough, soulful mix of funk grooves and rock guitar. Kool & Together were formed in 1970 by brothers Joe Sanders, Tyrone Sanders, and Charles Sanders, Jr., who were teenagers when their father, a gospel singer, suggested they put together a family band. With their dad singing lead, Charles on guitar, Joe on drums, and Tyrone on percussion, the family became the nucleus of an R&B act, My Children + 2, who played often in Victoria and took frequent road trips to San Antonio. Despite their hard work, My Children + 2 had trouble making headway in the regional music scene, and eventually the elder Sanders quit the group after a dispute over playing gigs on Sunday (he wanted to take a paying gig, his sons disapproved of performing on the Sabbath). With their father out of the act, the Sanders Brothers re-formed the band as Kool & Together, and their approach began to shift; while they also played straightforward soul and funk, Charles had been influenced by the rock bands they shared bills with in San Antonio, and had been checking out albums by the Who and Grand Funk Railroad. As Charles incorporated harder rock figures into his guitar work, Kool & Together’s music developed a rough, street-wise edge that blended with the band’s funky rhythms.

Kool & Together released a handful of singles on their own Magic Records label, some produced by legendary studio hand Huey Meaux, “The Crazy Cajun,” but the group never broke out beyond their home base, and by the end of the ’70s, they’d called it quits. Decades later, British DJs, always on the lookout for obscure soul sounds, began spinning Kool & Together’s 1973 single “Sittin’ on a Red Hot Stove,” and it became a favorite among fans of overlooked R&B classics.